The two former heads of state are expected to sign the book between 10:15am and 10.45am.

The announcement comes after complaints by the National Democratic Congress (NDC) on Friday, November 13, 2020 that they were prevented by officials of the New Patriotic Party (NPP) government from signing the book of condolence at the Accra International Conference Centre although it was available for President Akufo-Addo and Vice President Dr. Mahamudu Bawumia to sign a few hours earlier.

According to the General Secretary of the NDC, Johnson Asiedu Nketiah, the leadership of the party and its flagbearer, former President John Mahama, as well as some members of the late Rawlings’ family were told that the government had taken the book away and that it intended to return it on Monday.

A statement from the State Protocol Department subsequently confirmed that the signing of the book will commence on Monday “due to the COVID-19 pandemic.”

The department has scheduled other top state officials and groups to sign the book between Monday [November 16] and Friday [November 20] with an allotted time for members of the general the public on Thursday and Friday.

The signing will take place in the foyer of the Accra International Conference Centre from 9am to 5pm each day.

Check below for the schedule: 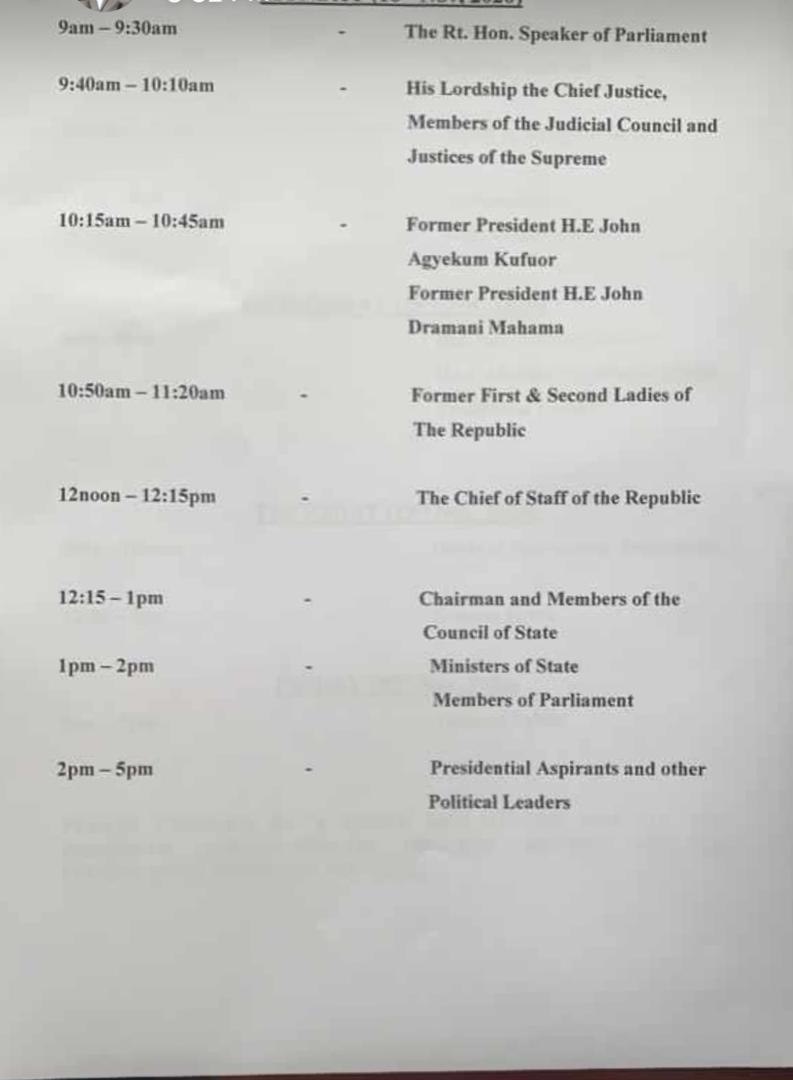 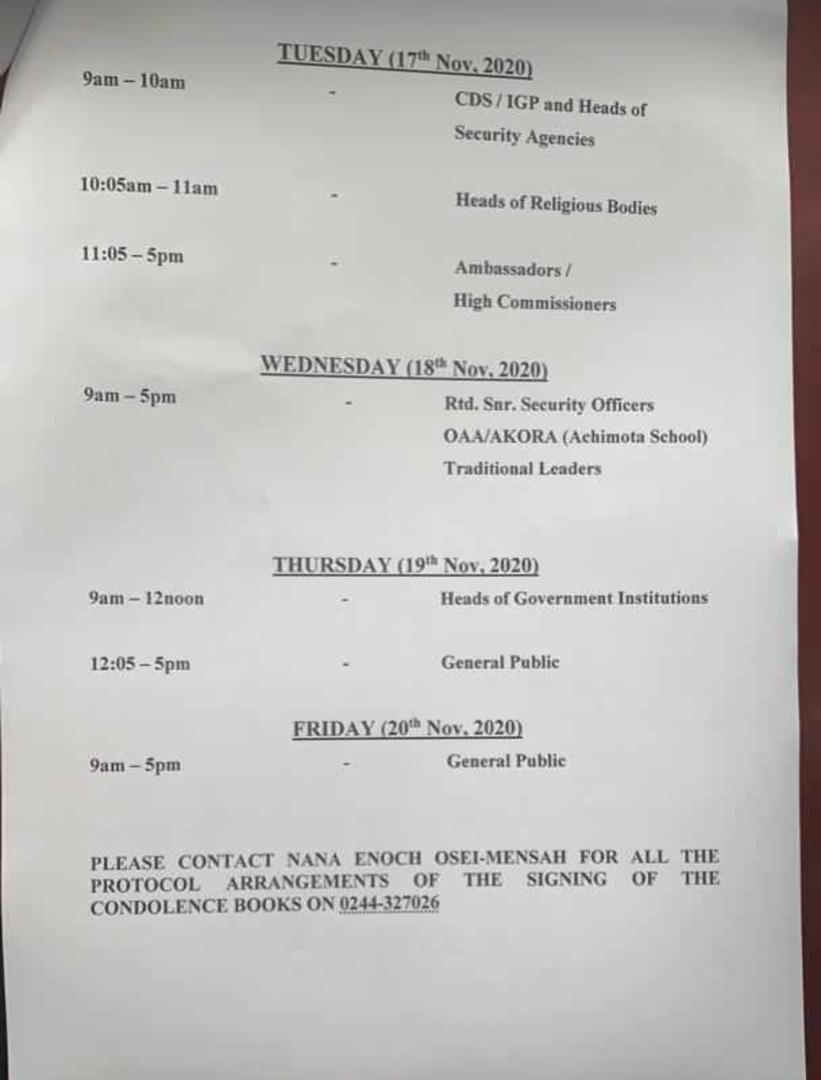 Meanwhile, the National Democratic Congress (NDC), the political party President Rawlings founded, has also opened a book of condolence at its Headquarters in Accra and across its regional offices.

Jean Mensa-led EC will go down in history as Ghana’s worst...

Kufuor, Mahama to sign Rawlings’ book of condolence on...

Loss of lives during polls shows we are moving backwards...

Real Madrid have confirmed that Eden Hazard and Casemiro have tested positive for...

NDP's Nana Konadu has not withdrawn from Dec 7 presidential...

My deputy and I have not been paid since we were appointed...

Use the law courts to address election concerns – CDD