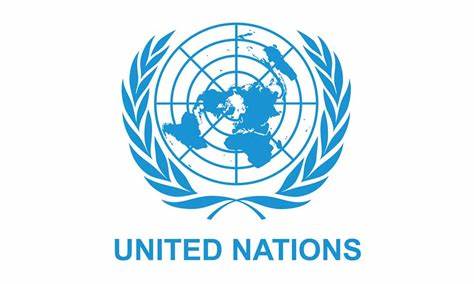 UNITED NATIONS (AP) — The U.N. General Assembly approved a resolution over Russian objections Thursday commending progress in peace talks between the Afghan government and the Taliban while urging stepped-up efforts to tackle terrorist attacks by the Taliban, al-Qaida, the Islamic State extremist group and their affiliates.

The vote in the 193-member world body was 130 in favor, Russia against, and China, Pakistan and Belarus abstaining. Fifty-nine countries did not vote.

The 15-page resolution titled “The Situation in Afghanistan” covers a wide range of issues including peace and reconciliation, democracy, the rule of law, good governance, human rights, counter-narcotics, social and economic development and regional cooperation.

Flag of Afghanistan waving in the wind against white cloudy blue sky.

While welcoming progress in the intra-Afghan talks, including the Dec. 2 agreement on rules of procedure for negotiations, the resolution “condemns the high rate of continued violence." It says this “is contributing to an unacceptable number of casualties" and calls for an immediate cessation of violence and strongly encourages the Afghan government and the Taliban “to pursue confidence-building measures and to reduce violence.",

The resolution reiterates the General Assembly’s “serious concern" about the security situation in Afghanistan and stresses the need to continue to address the threat to the country's stability from violence committed by the Taliban, including the Haqqani Network, as well as al-Qaida, Islamic State, their affiliates “and other terrorist and criminal groups.”

Afghanistan’s U.N. ambassador, Adela Raz, expressed regret that despite her government’s strong support for the resolution it wasn’t adopted by consensus, saying the measure reflects “developments that are taking place on the ground and particularly the progress in the peace process.”

3 IN 10 GIRLS STRUGGLE TO AFFORD OR ACCESS SANITARY WEAR...

Scotland Will Be The First Country To Make Period Products...

Rawlings’ death: Ghana and his family have lost iconic...

Airbus scandal: Amidu is acting out of bitterness labelling...

Airbus scandal: Amidu is acting out of bitterness labelling Mahama as ‘Government...

NHIS has 23 million subscribers; over 12 million are active...

Finance Director secures injunction against KATH over attempts to replace him